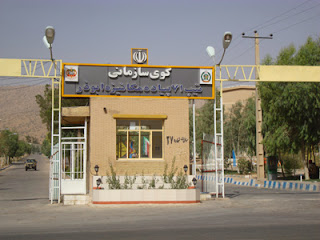 The Army's 71st independent mechanized-infantry brigade is based near Sarpol-e Zahab in Iran's western Kermanshah province. The brigade's Abuzar garrison is adjacent to the village of Ghale Shahin 20 km south-east of Sarpol-e Zahab, and has been commanded by Colonel Sassan Momen since October 2013. [1] [2]


At least one source suggest that another site 5 km NW of Sarpol-e Zahab is 71st IMIB's garrison. [3] This inconsistency might be explained by the fact that through the end of the Iran-Iraq war, this unit was designated as the 81st armored division's 4th brigade at the same time that the division's 3rd brigade was based our of Abuzar [4] This suggests suggests that the 71st brigade relocated to Abuzar sometime after the end of the war from the previous base NW of the city.

Given its proximity to the front-lines, the Abuzar garrison is now a major stop along the Rahin-e Noor tours, much like the Dokooheh garrison near Andimeshk, in addition to being an active base. Making up for the lack of parade imagery, photography from these tours shows at least some of the brigade's equipment, including M-60A1 MBTs, M113 APCs, M109 SPHs, and – possibly – Boragh APCs. 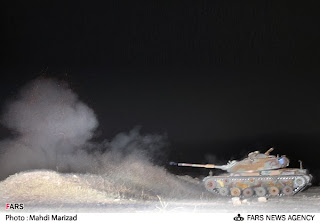 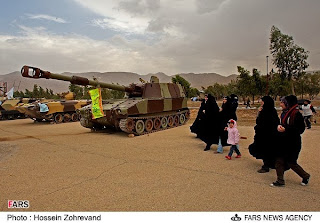 Google Earth offers imagery of the entire base from 05/2006 and 08/2006, and coverage over different halves the base from 09/2007, and 04/2012. Bing imagery supplements this with higher-quality imagery from 02/2011. The base consists of two sections, one for the active-duty forces, and one for the memorial/museum. The latter comprises the southern one-third and mostly includes multistory dormitories, some of which are preserved as-is, including damage sustained during the war.

The actual garrison includes a nearby firing-range, and munitions-depot with hardened-shelters and an additional security perimeter. (1) Clustered around the parade-yard are 16 'T'-shaped buildings typically associated with company-equivalent barracks'; this compared to eight at the 72nd IMIB's garrison. (2)

The motor-pool has at least five distinct lots that are organized – at least to some degree – according to the brigade's order of battle. The 210th Tank Bn – assuming it has retained its name over the years – is comprised of ~40 M-60 MBTs with 5-10 M113/M577 command vehicles. Between 2006 and 2011 these vehicles were split equally between the two north-easternmost lots (3), but by 2012 they had been moved under cover south of the main garage.

The SPH battalion is most clearly visible in GE's 2012 imagery, with 12 M109s organized into three batteries. Four tracked vehicles – probably M548 ammunition carriers – are adjacent to the guns, while the battalion's narrower wheeled vehicles are a tad more distant. (7)