Iran's Mortars, a Follow Up - A Brief Look at the Klos-C Affair

On March 5, Israeli naval forces launched an operation in the Red Sea to sieze a ship - the Klos C - which they allege carried weapons from to, ultimately, Palstinian forces in the Gaza Strip. The operation is described in detail at the IDF's PR blog.

Although the headlines were dominated by he presence of Syrian-made 302 mm rockets, the shipment also included 180 120 mm mortars (incorrectly reported as 122 mm mortars). Now that the Klos-C has been escorted to an Israeli port and offloaded, the first images are coming out that identifies these mortars as built by Iran.

On Monday March 10, the IDF publically displayed the arms, posting a number of high-quality images to their Flickr account.

The following is an addendum to the previously posted guide to identifying Iranian mortars.  For further reference imagery, it is recomended that readers visit this page.

The first set is drawn from one of the earlier images released, showing the fiber-tube packaging and their markings.

The second set is drawn from the March 10 display. The most notable feature of this display was the deliberate attempt by the IDF to conceal all identifying markings on the mortars, which may be noteworthy. 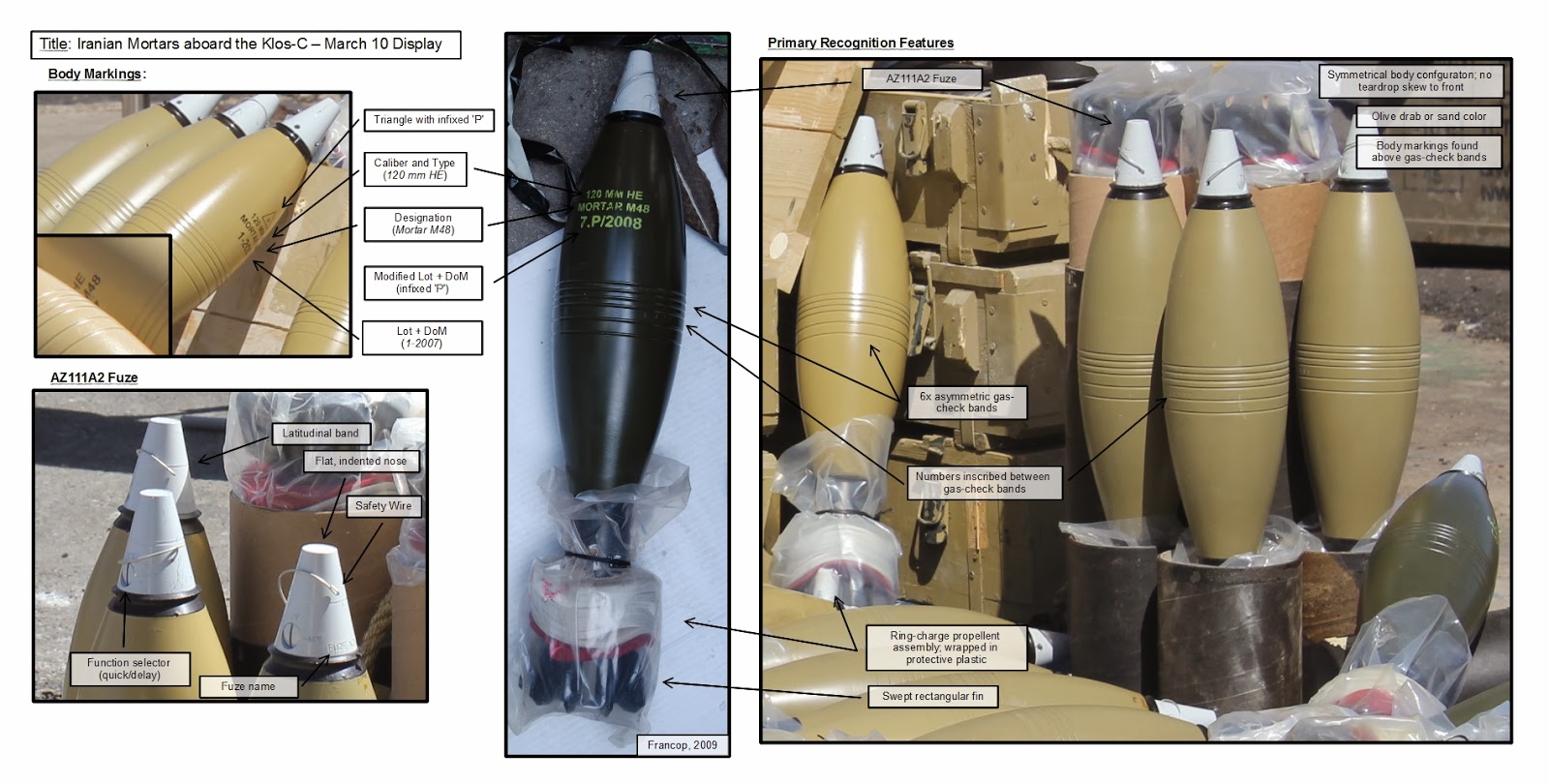