A detailed history and assessment of this nation-wide program through September 2013 can be found in a post by the author at OSIMINT. 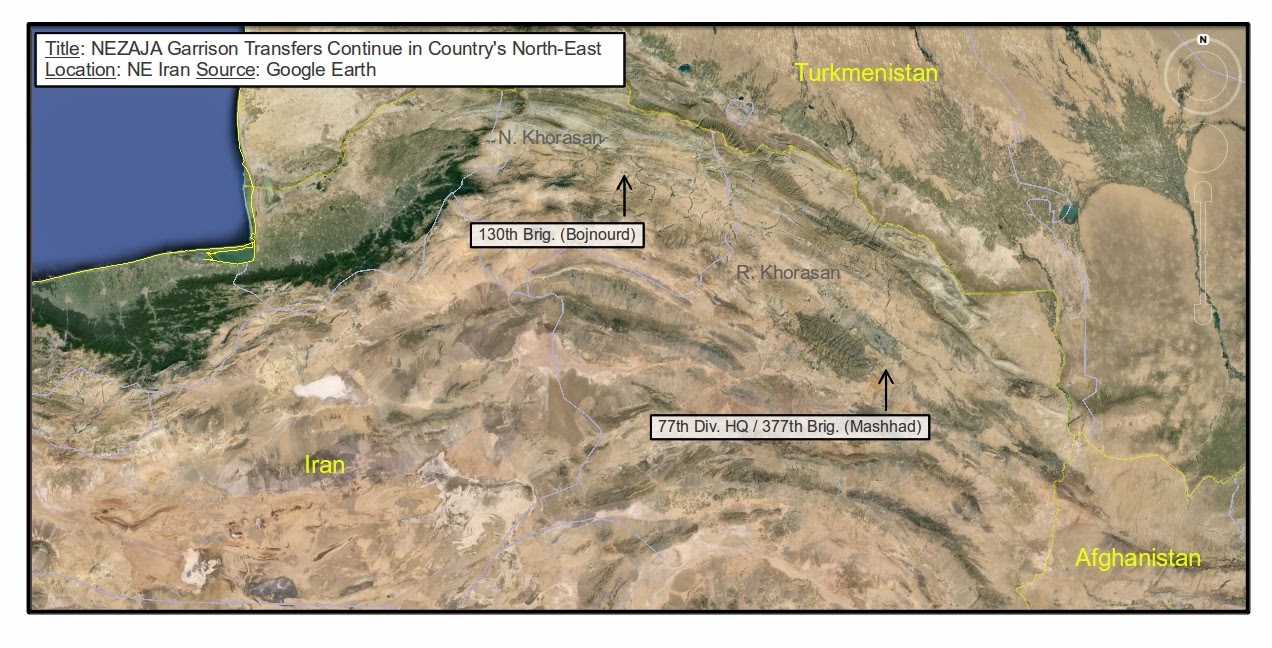 In Bojnourd, although the new site's location cannot yet be identified, the demolition of several buildings in the old garrison by late-2013 suggests that the process is well underway. Demolitions include at least six barracks and a number of equipment & vehicle garages. The equipment associated with the latter has also been displaced.

The new site is reported to include a 96-unit residential housing complex. 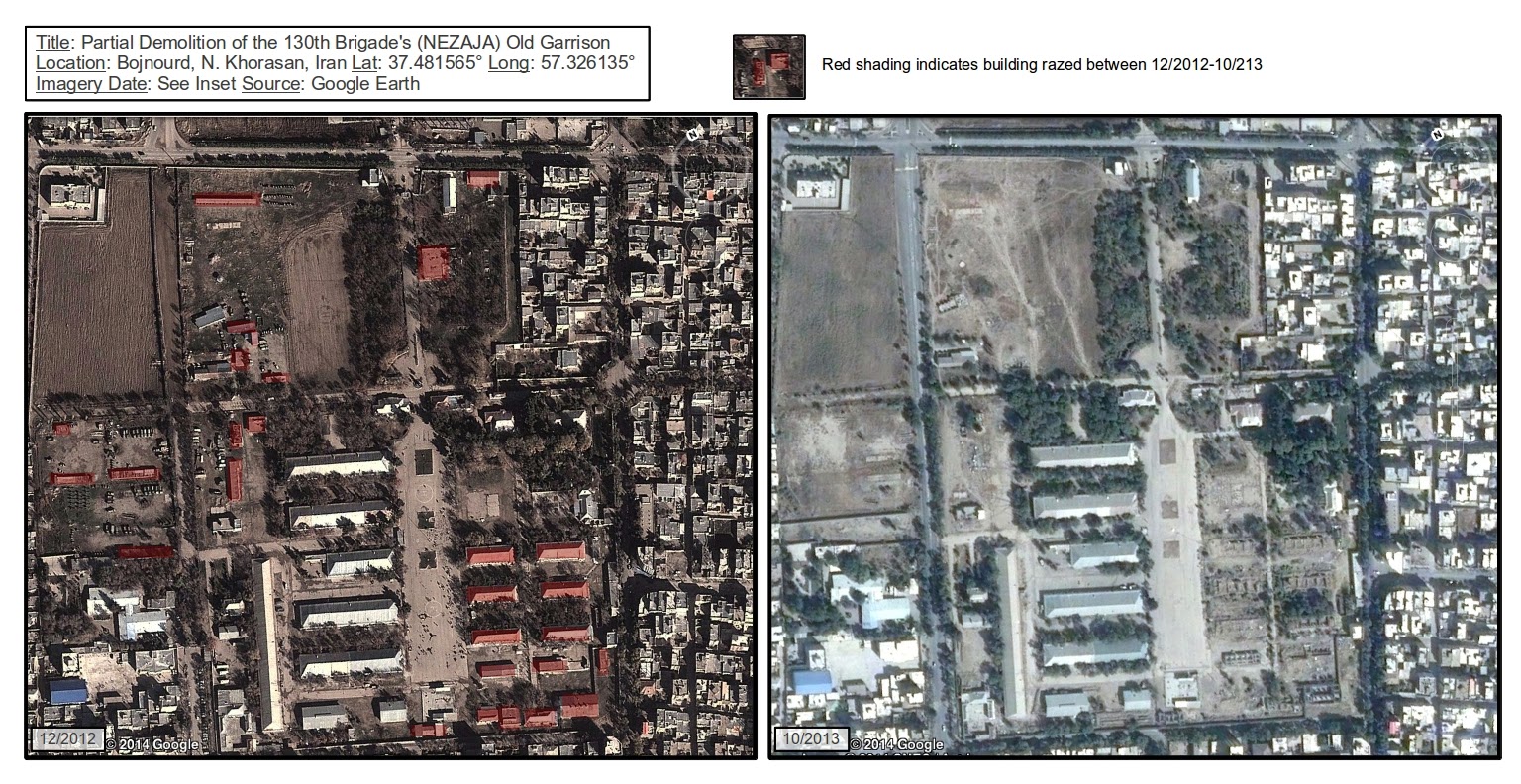 In Mashhad, the 2nd phase of construction on the 'Samen Alaeme' garrison was opened and includes facilities for an additional combat battalion(s). However, the rest of the garrison remains largely unfinished, and is unlikely to be for some time. 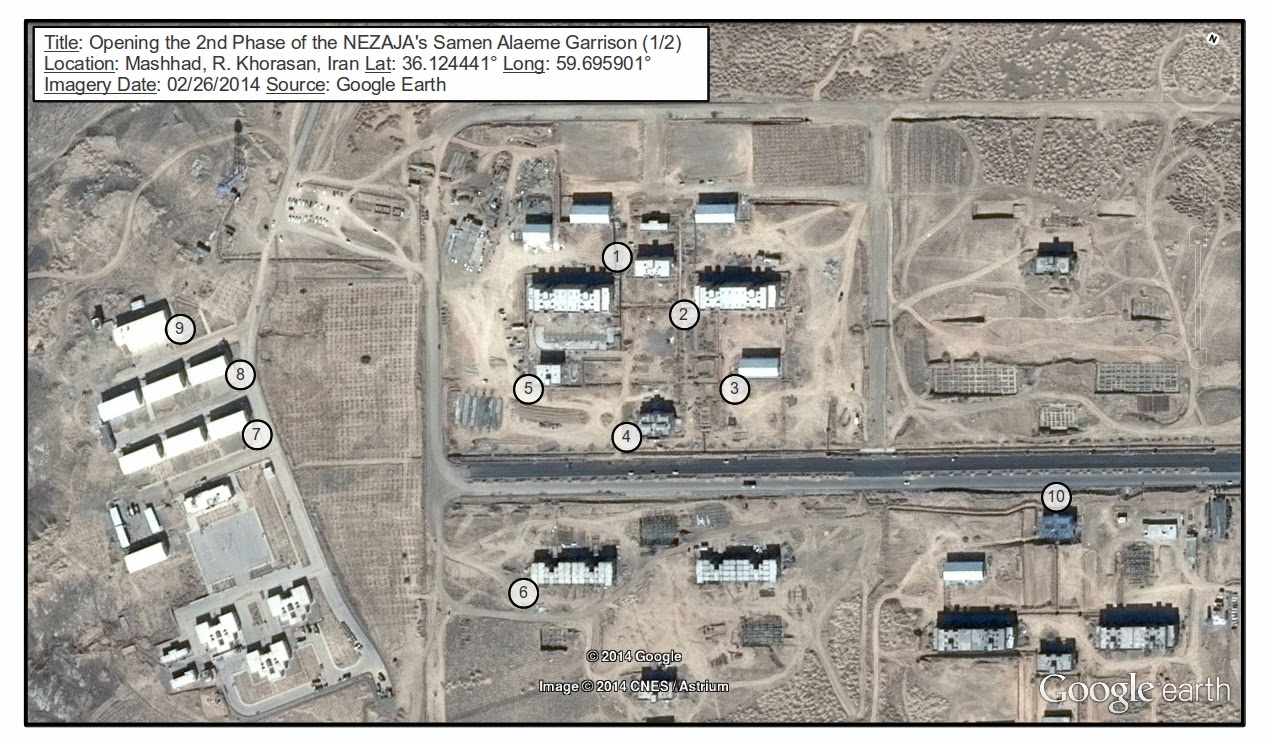 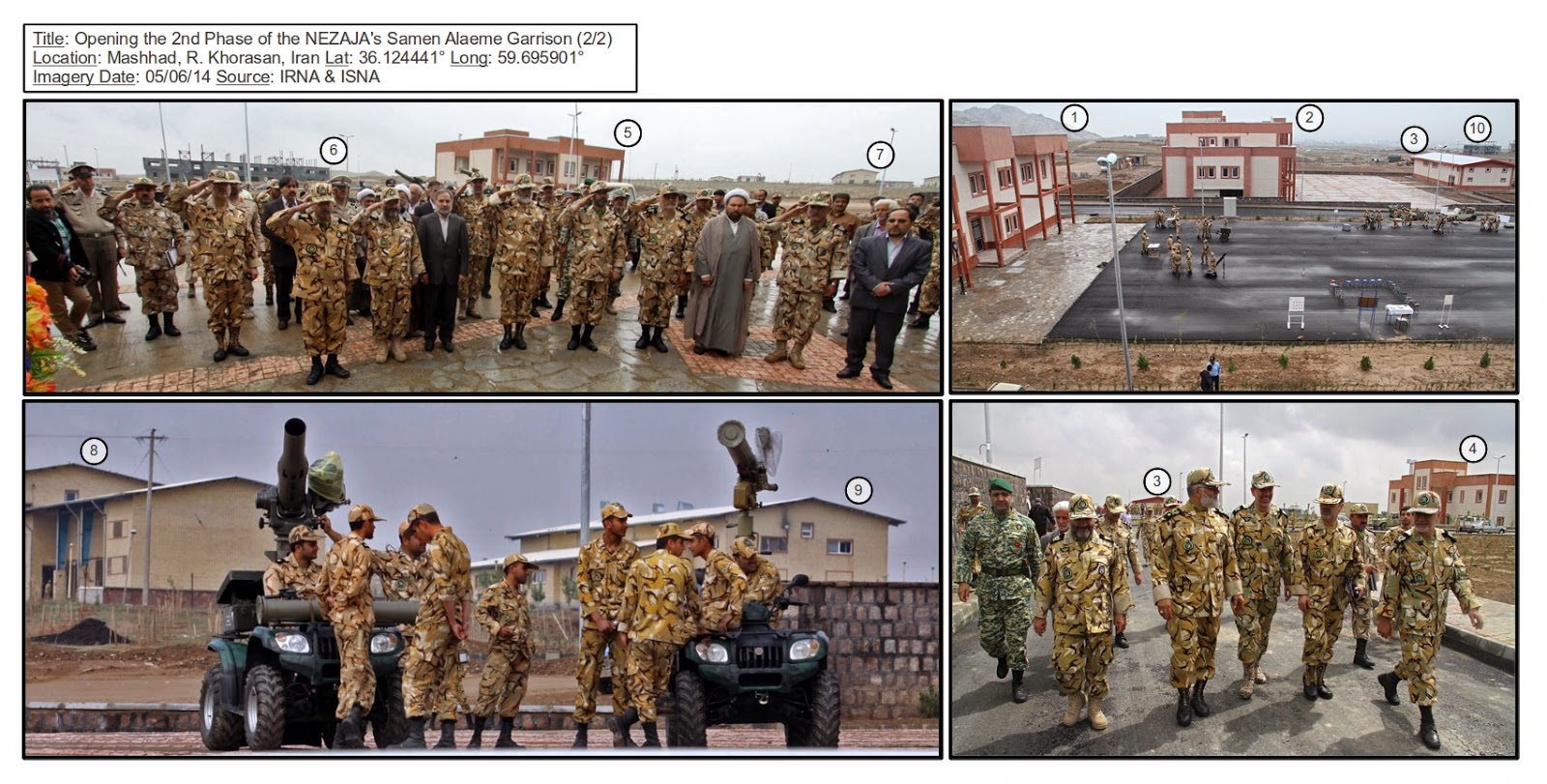 As noted in the OSIMINT report linked above, one of the most significant aspects of this transfer plan - from the perspective of a geospatial analyst - is the adoption of a coherent, planned layout, with its characteristic battalion clusters.

The first phase (09/2010 - 07/2011) saw the completion of facilities for the 110th battalion.  From 2011 onward, the second phase has focused on the construction of an additional four clusters. However, only one of these four - belonging to the 134th Infantry Battalion - has been completed at the present time. [3] The other three are at varying levels of completion.

However, the most significant development is the reported resolution of the funding shortfalls that had previously delayed construction. [4] According to comments by the commander of the Divisional Operations HQ, the Army has agreed to sell land elsewhere in the country to make up for the deficit left after the sale of the former garrison's land inside Mashhad failed to pay for the construction of the new facilities.

Photo reporting from the ceremony - which included appearances by regional and national commanders -  include a few nuggets of information that, while not groundbreaking, are noteworthy nonetheless.

First, interior shots show facilities that are more spacious and comfortable than the Army's older garrisons. Although unquantifiable, these small details will make the life of a conscript more bearable, increasing morale. It may also increase the attractiveness of the regular armed forces, which is important given anecdotal evidence to suggest that the IRGC and Basij have drawn recruits who perceive these to be 'cushier' than service in the regular Army.[5]

Second, a display of weapons set up for the ceremony included two quad-bikes fitted with purpose-built mounts for, respectively, TOW and AT-4/5 ATGMs. The AT-4/5 launcher, however, was fitted with a TOW-canister, not their original Soviet-bloc weapons. [6] The explanation for this may be as simple as 'they used an inert mockup/training-aide', or may be something else entirely.